The sequel to Hanoi that nobody expected or wanted. Anyways, this map will be somewhat similar to Origins (hopefully not that broken). I will try to make enjoyable to everyone so I will be listening to your suggestions.

Our four heroes used the teleporter in Hanoi and got theirselves in the middle of a jungle. After some aimless searching they find a huge research centre hidden in the middle of nowhere. They soon realize that the events in Hanoi were just the tip of the iceberg. And it seems like Richtofen knew this all along. Planned Features:
-Origins styled elemental wonder weapons (not the staffs). Each "weapon" works a bit differently. Upgrading them will change their effects so you have even more ridiculous ways to kill zombies. There will probably be other wonder weapons as well.
-Power is turned on using generators. There will be a total of 4 in the map. They are similar to the origins ones but once activated they can't shut down.
-Weapons from various game titles: BO1, BO2, Ghosts, BO3 DLC etc., and a possibly weapons from non-cod games, for example Battlefield series. (Listed games are the ones I can port weapons from. Guns from other games, for example mw2, mw3, aw, would be great if someone is willing to share them)
-Huge Easter Egg for you to solve.
-Multiple Boss Zombies. Some are round based, some spawn when you make progress. There will also be a final boss battle similar to other bo3 maps.
-Customizable game options: Options to choose different gamemodes and game options, such as Classic (no easter eggs, or objectives, all weapons accessable through mystery box) (Not sure if this this is possible/how it would work in BO3)
-Big map layout: The map has five sections. Each section has it's own objectives to complete in order to progress with the easter egg. There will also be multiple ways to move from one place to another so these sections wont just be dead ends. That's pretty much it. If you have any ideas or requests, leave them in the comments.

Reply By: Abnormal202
If you need help with scripting (which it looks like you need a lot of, based on your planned features) I could help. I've already made an Origins-similar generator script that can't get turned off. Some of the other stuff on there will require a lot of work on your part though, such as making custom wonder weapons, as you're gonna need your own models, anims, and FX first.

Abnormal202
If you need help with scripting (which it looks like you need a lot of, based on your planned features) I could help. I've already made an Origins-similar generator script that can't get turned off. Some of the other stuff on there will require a lot of work on your part though, such as making custom wonder weapons, as you're gonna need your own models, anims, and FX first.

If you could help with the generators that would be great!

As for the other features I'm well aware that they are hard and time consuming to create. Currently I have only few of the wonder weapons scripted so making this map is going to take a while.

Reply By: Unrankedgaming
nice job man, the map looks good and the features will be great!!! KEEP UP THE GOOD WORK New areas and first ported weapon(normalmap fixed already, no need to comment on that).

Also first boss zombie is almost ready. You can expect to see him soon if I get through all syntax errors...

Reply By: ihmiskeho
Been awhile since the last update: 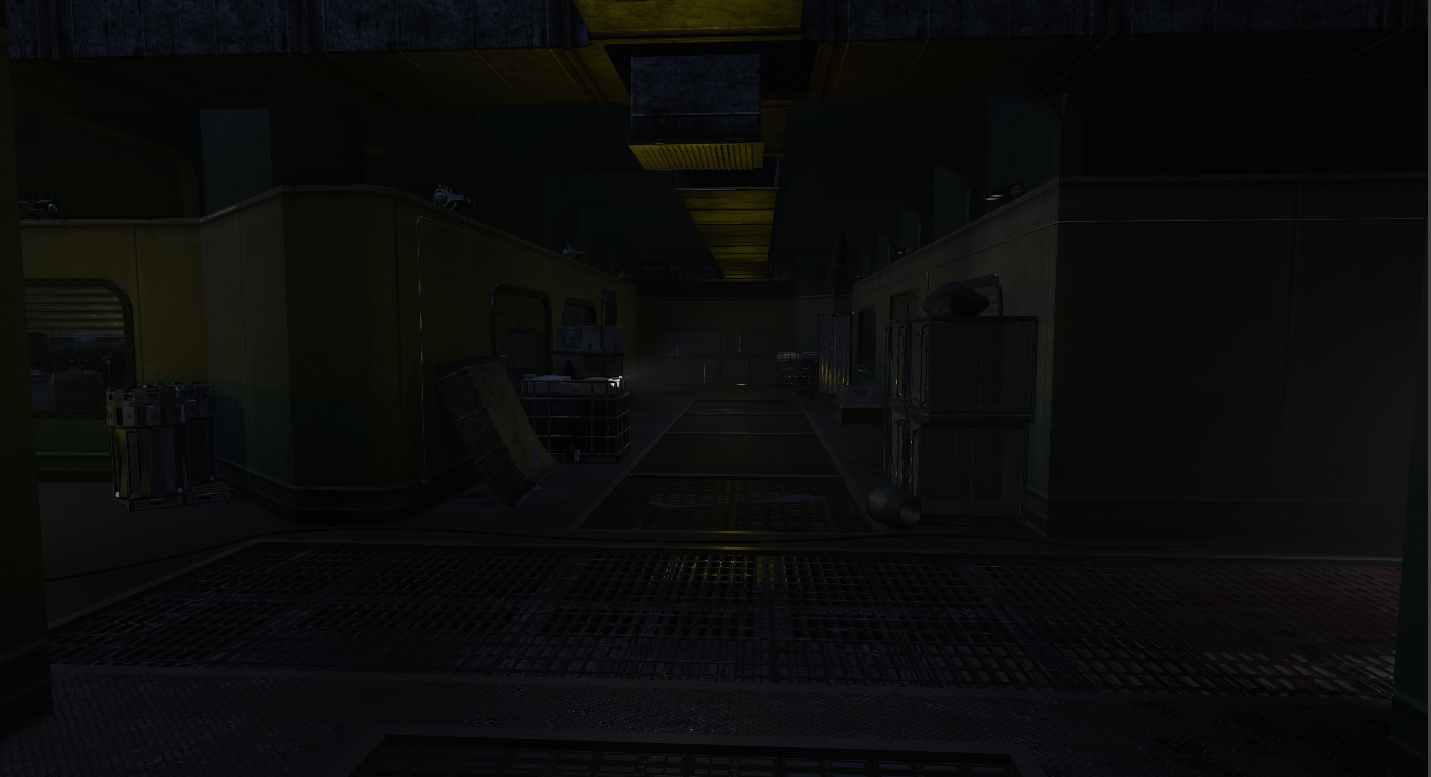 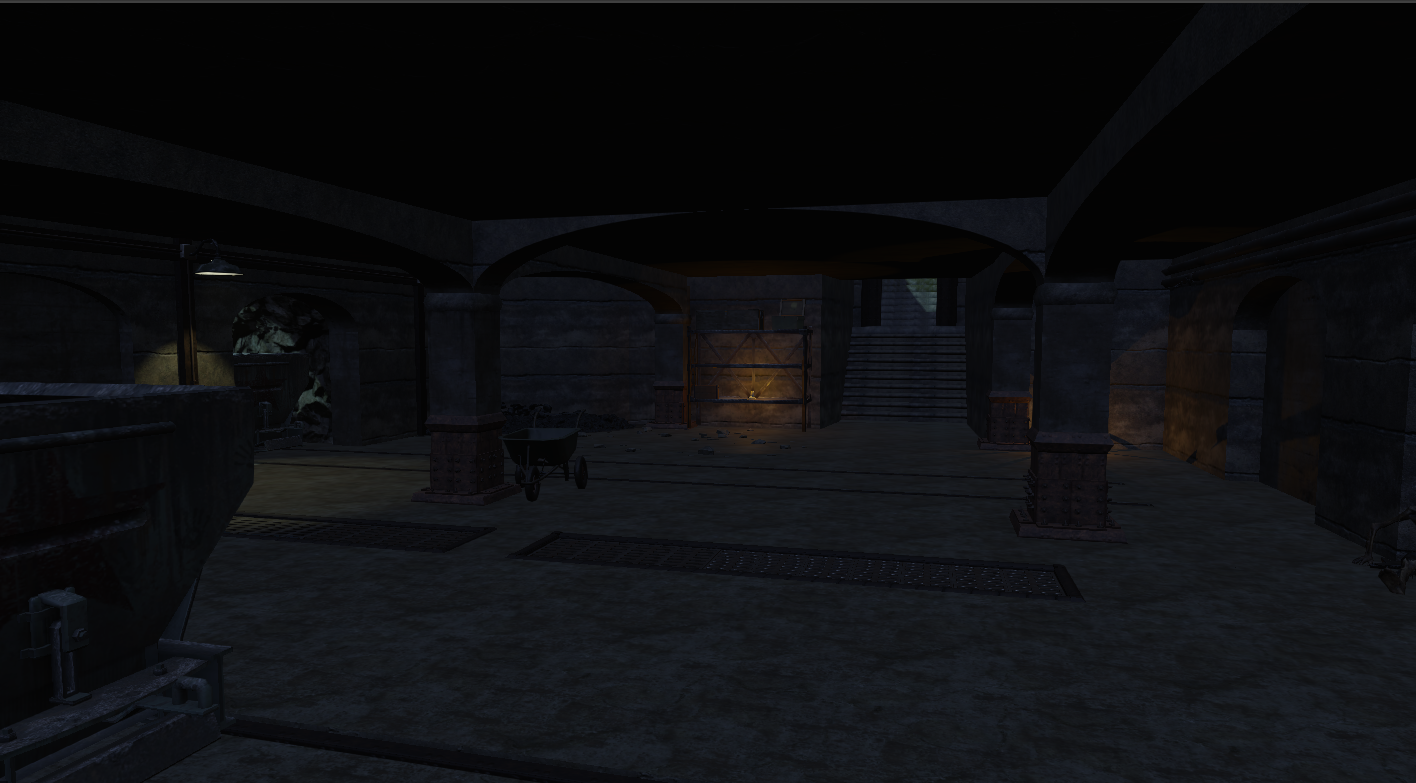 Reply By: ihmiskeho
Long time no update. Anyways, here's one of the elemental weapon of the map: 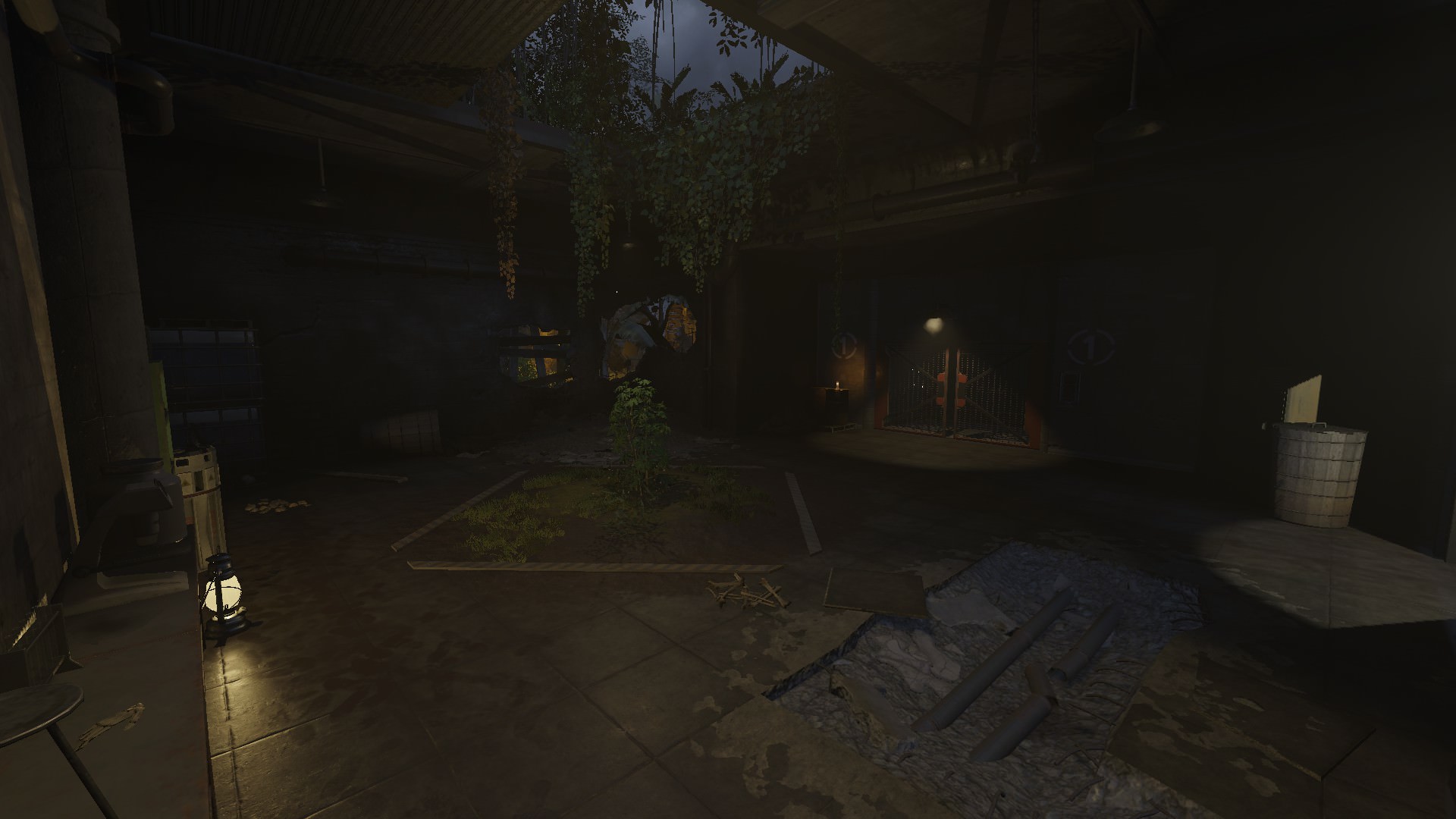 Also if anyone is interested in helping me, I would appreciate if someone could share MOTD afterife hand anims. Anyone helping will be credited properly and will access the beta test of the map.

Map is still fairly early in developement so don't expect a release soon.

Reply By: ihmiskeho
Some new areas: 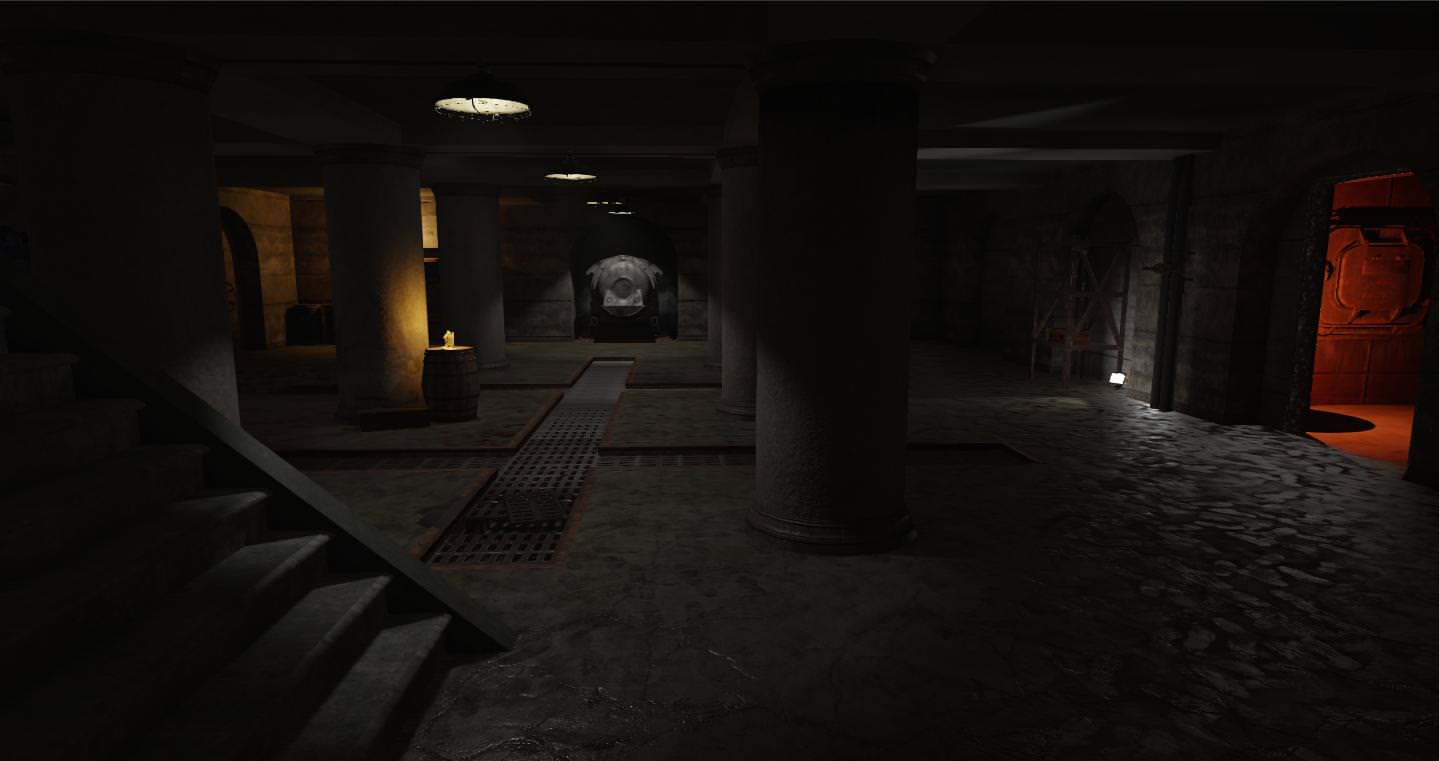 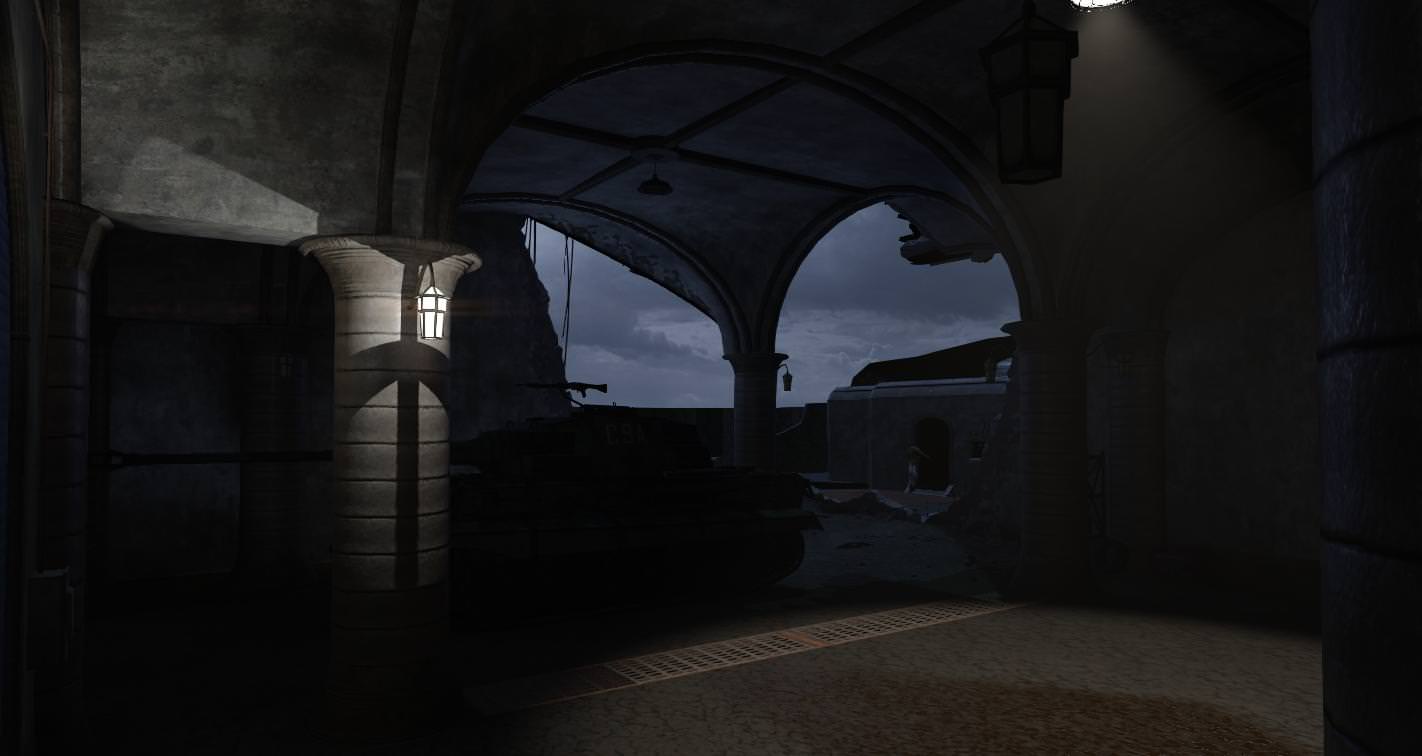 Image quality suck for some reason, idk why

Scripting:
An afterlife system may be implemented. Currently about 20% done, we'll see how things go.
Other scripted features (some already done, others are WIP) include digsites, elemental weapons and custom traps. Any other requests will be taken into consideration

Weaponry:
Similarly to Origins, wall weapons will fit the time period of the map (so mainly BO1 and WWII weapons)
Box weapons are more modern (many weapons are from Ghosts)

Any feedback is appreciated!

Still need to:
-Set up proper viewhands and body models
-Create proper hud effects and vision
-Figure out why grenade physics don't return back to normal (I use SetPlayerGravity() for the jumping)
-Set up proper anims and models (I don't have them so need help)
-Some other script fixes

Reply By: ihmiskeho
Watch your step! You don't want to get muddy... 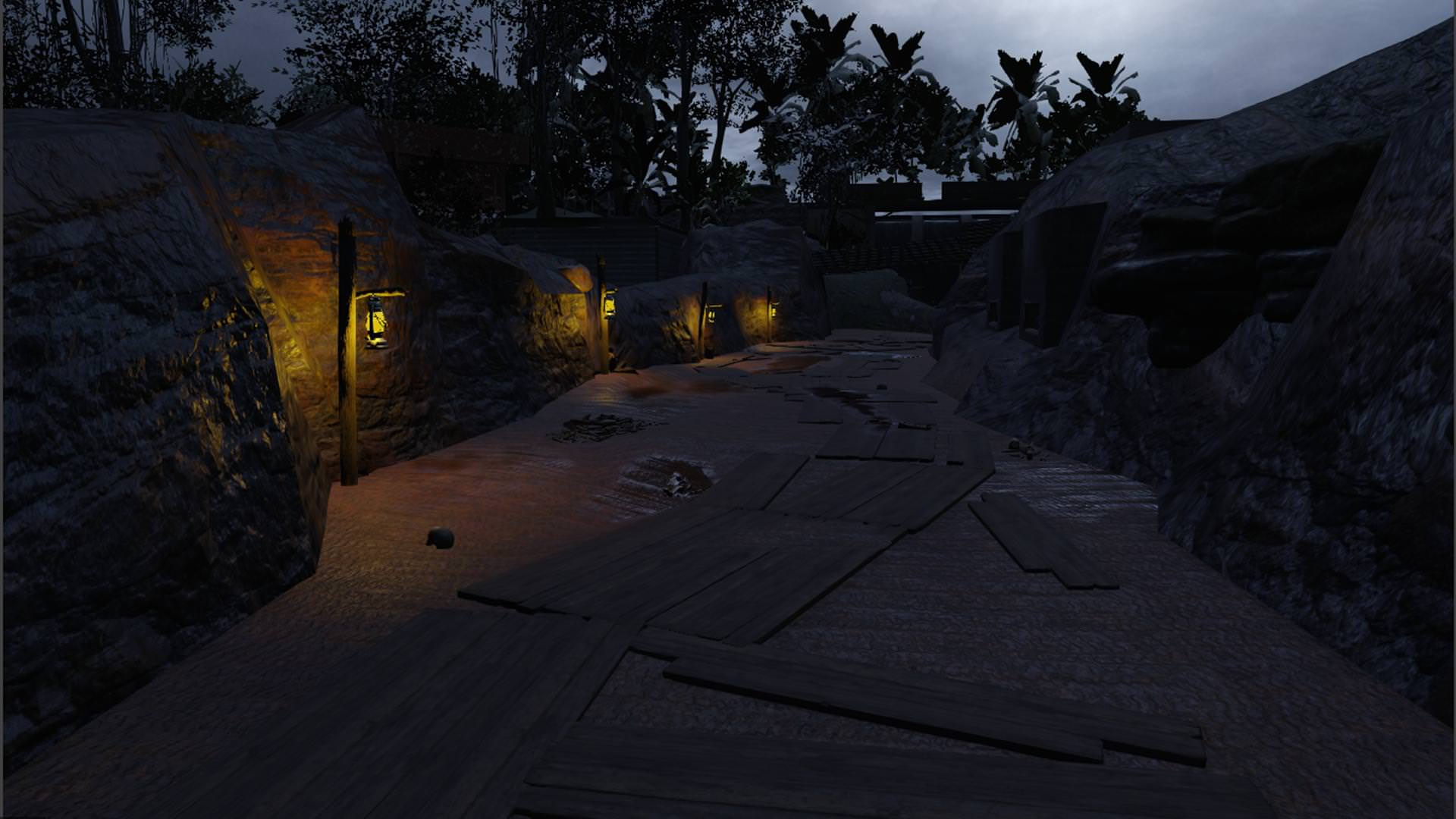 Something I've been working on for a few days.

Also, I'm thinking of releasing a small map that features some of the scripts of this map. For example afterlife, digsites etc. The main reason is that I have no one to coop test with. So basically it would be like a test map that you could play and report bugs.
Would anyone be interested in this sort of map?

By the way it wouldn't be a box map but rather include some areas of this map.

Reply By: ihmiskeho
Finally something new on the scripting side:

Reply By: ihmiskeho
Map layout is done (yay) so it's time to detail some of the bare looking rooms.
Here's some progress: 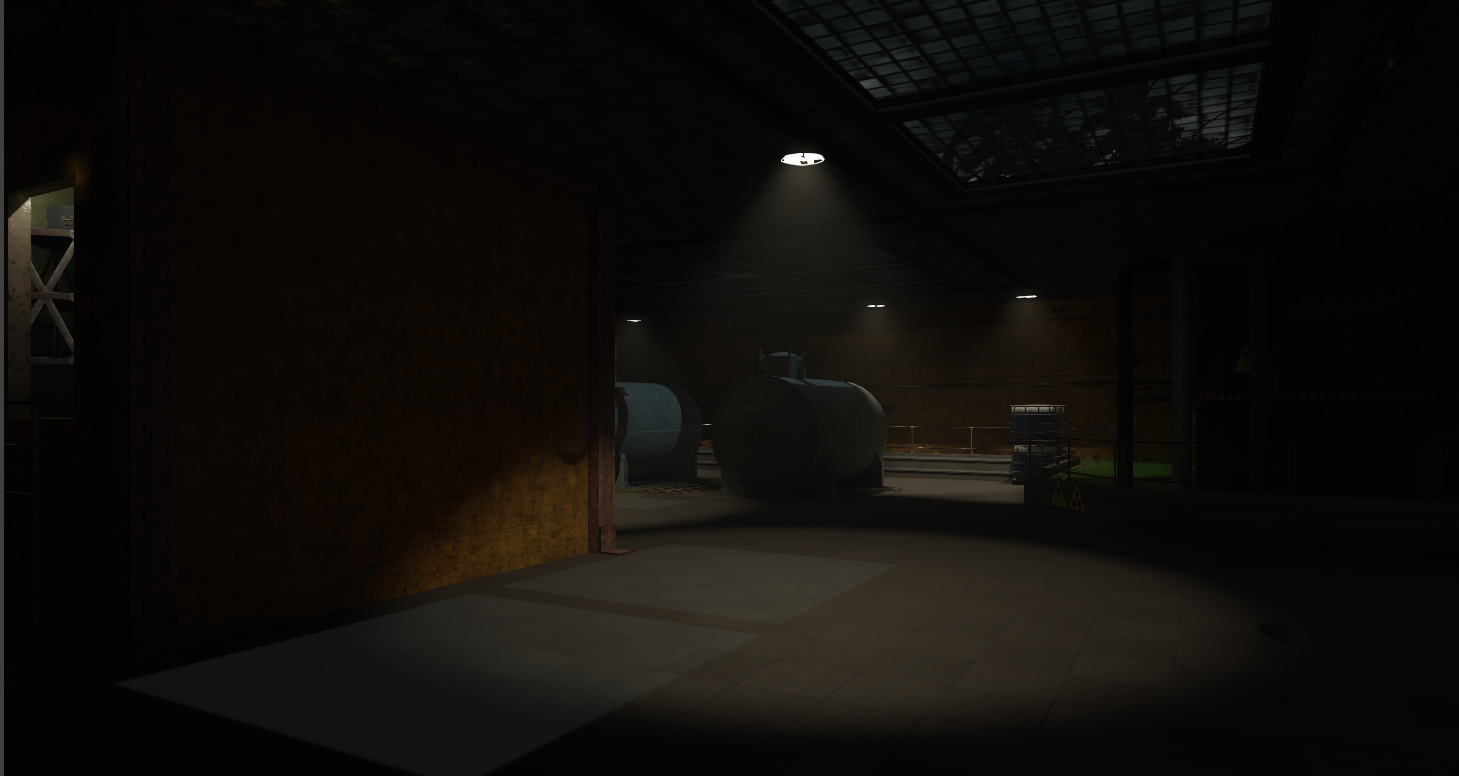 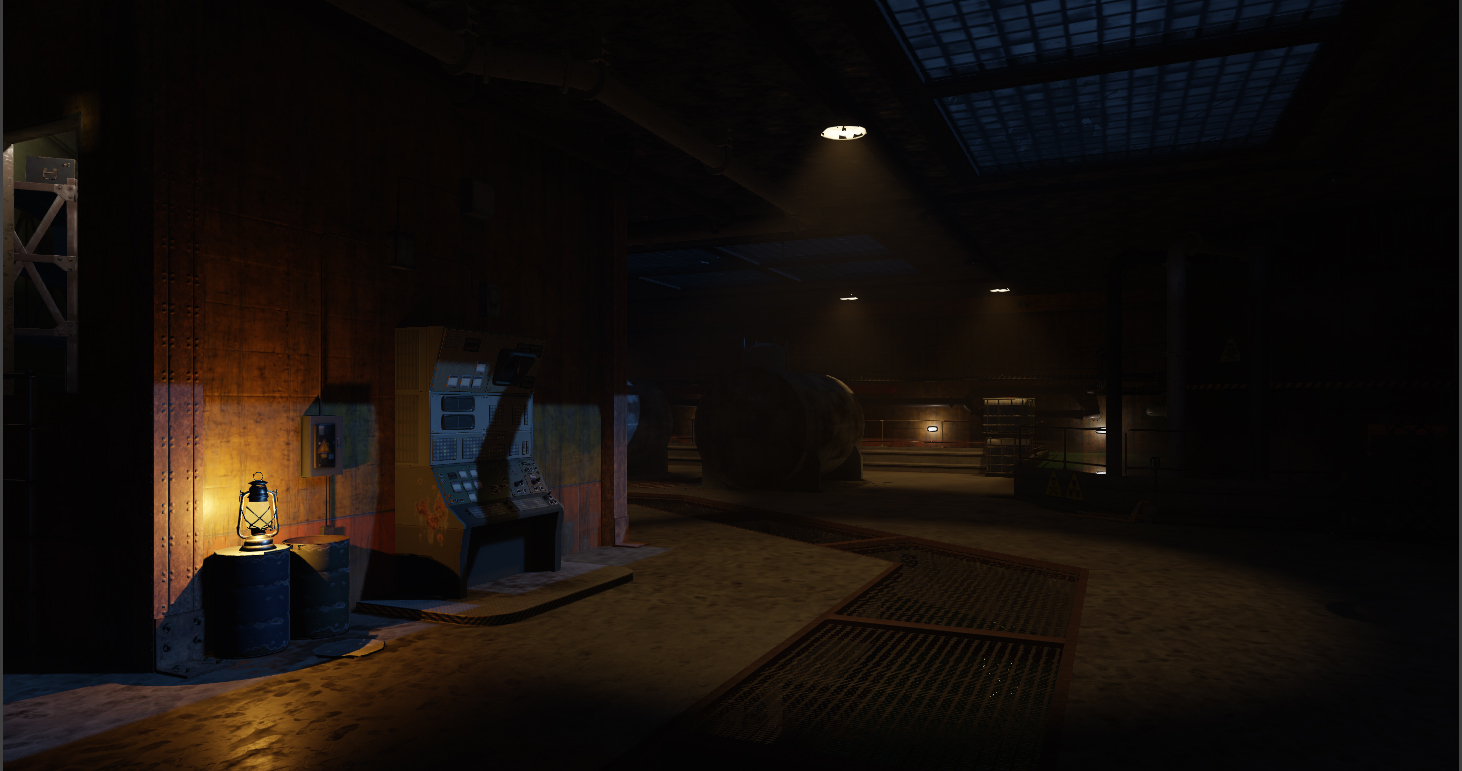 Reply By: ihmiskeho
New lighting once again (this time I'm pretty happy with how it turned out) 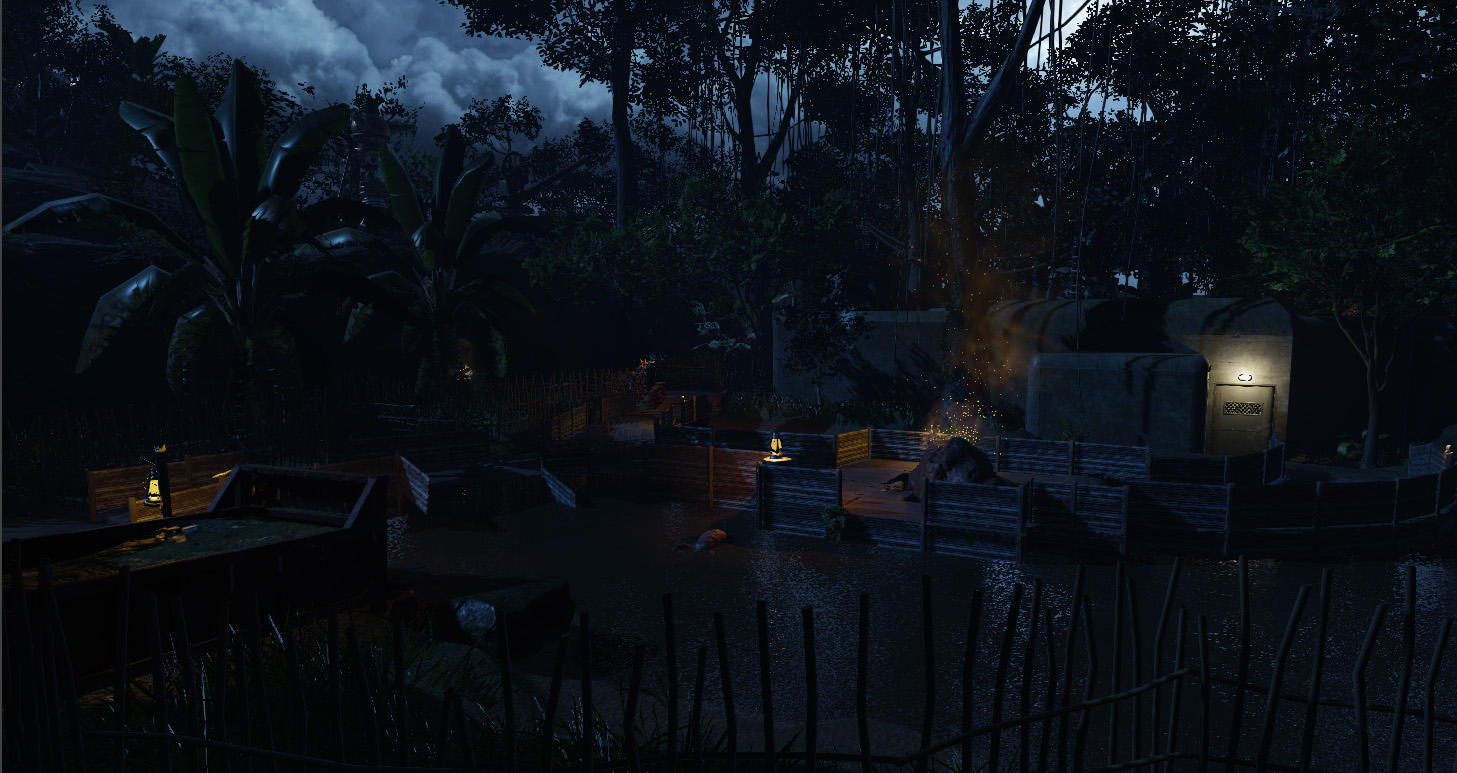 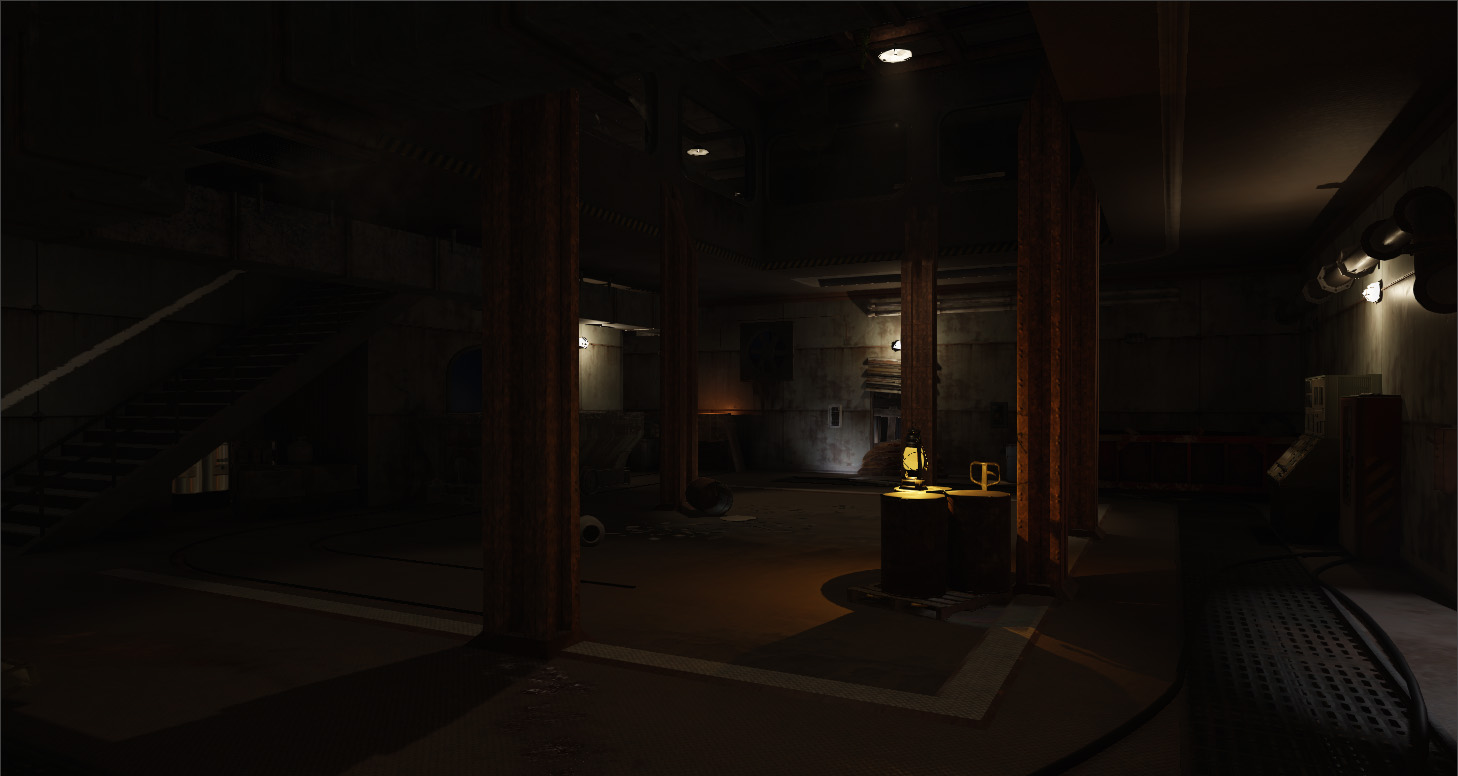 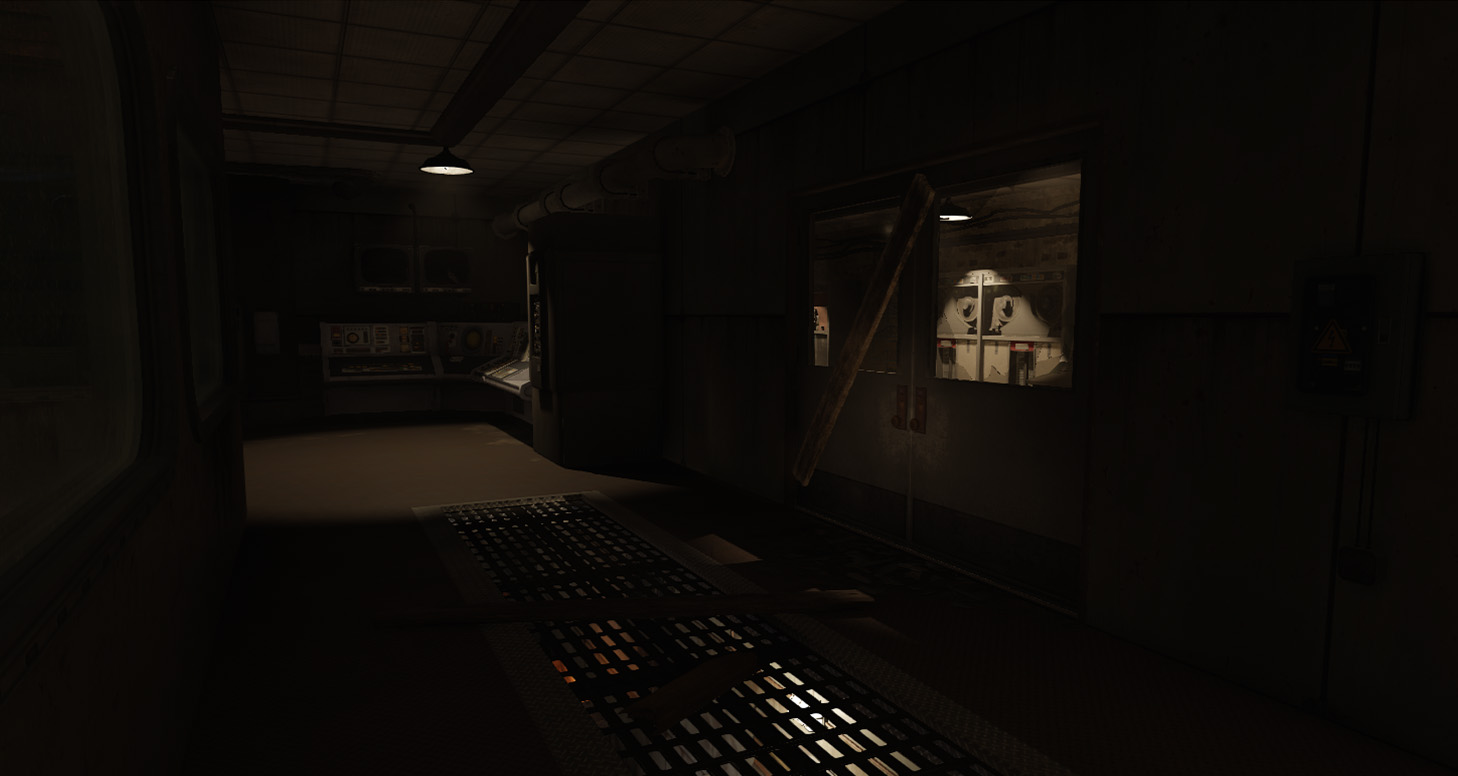 Also I haven't really mentioned anything about the weaponry, so here's a list of the current weapons in the map (if you have any suggestions, feel free to share them)

There's also going to be a custom Pack-a-Punch system, which will be replacing the BO3 style AATs, such as Blast Furnace. More on that later.

Arguably everyone's least favorite boss. So why not bring it to Black Ops 3.
By the way I'm open to suggestions on how to improve him (I don't want a 1-1 replica of the Tranzit version) so feel free to give your opinion.

This was the first time I've tried to script a shooting enemy, and I think it turned out alright. Still needs some FX work and sounds.

Reply By: ihmiskeho
Been working on buildables:


This is most likely the last scripted feature I'm going to add (other than the easter egg of the map). As for a release date, hopefully it will be done by summer.

Reply By: D-2-K
ihmiskeho
Arguably everyone's least favorite boss. So why not bring it to Black Ops 3. By the way I'm open to suggestions on how to improve him (I don't want a 1-1 replica of the Tranzit version) so feel free to give your opinion.This was the first time I've tried to script a shooting enemy, and I think it turned out alright. Still needs some FX work and sounds.

He looked dam cool to me m8 cant w8 to see how you polish him off with extra fx well done dude, he was never my least fave boss either easy to defeat with galvas :)

Reply By: ihmiskeho
Since I now have some time to work on this mod again, I've decided to start posting weekly updates. So here's what has been done in the past week. 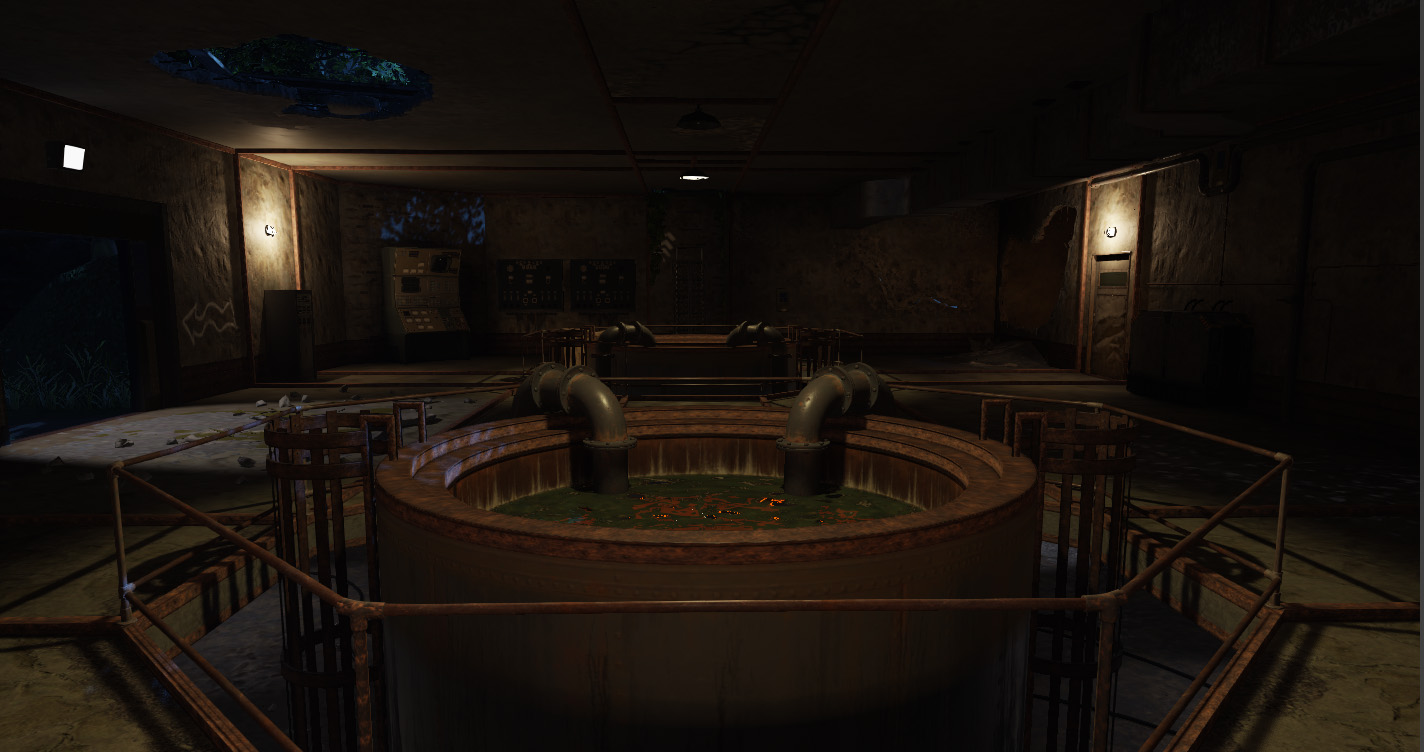 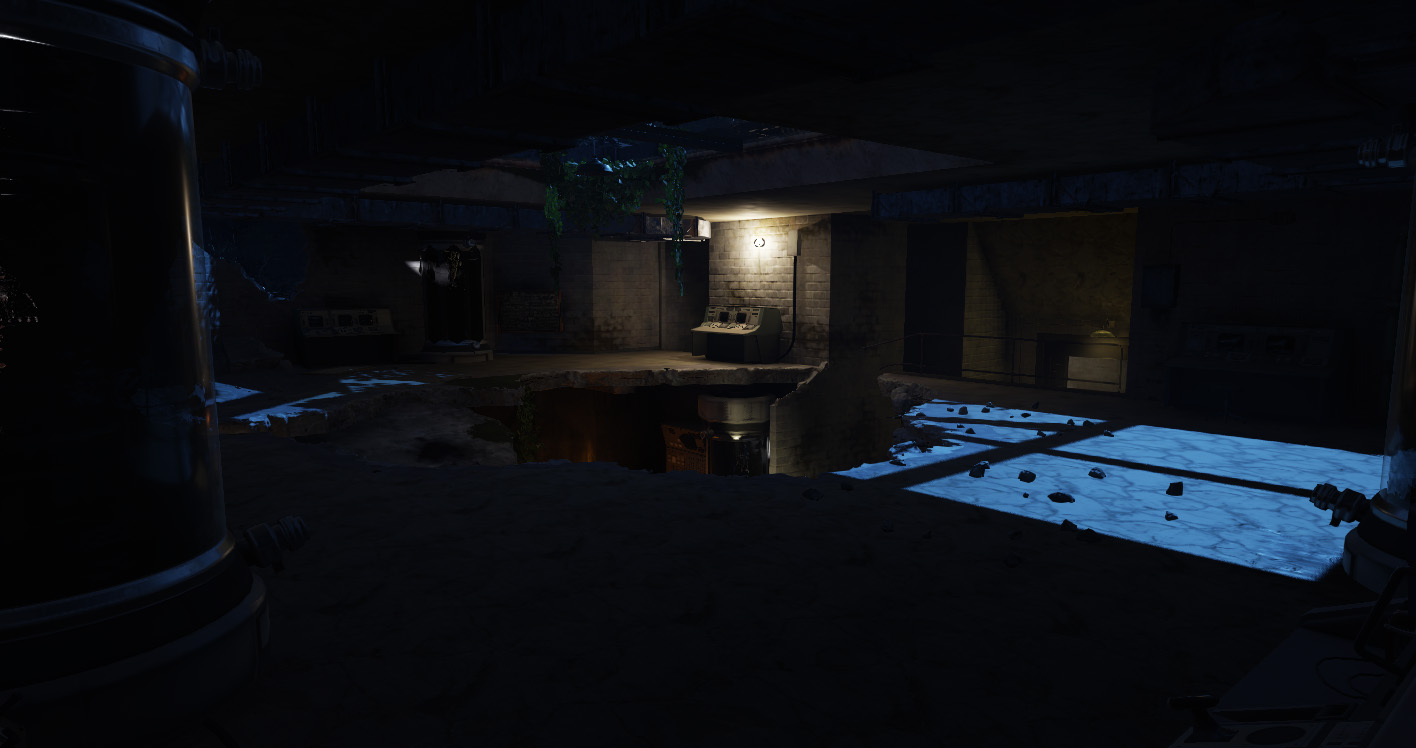 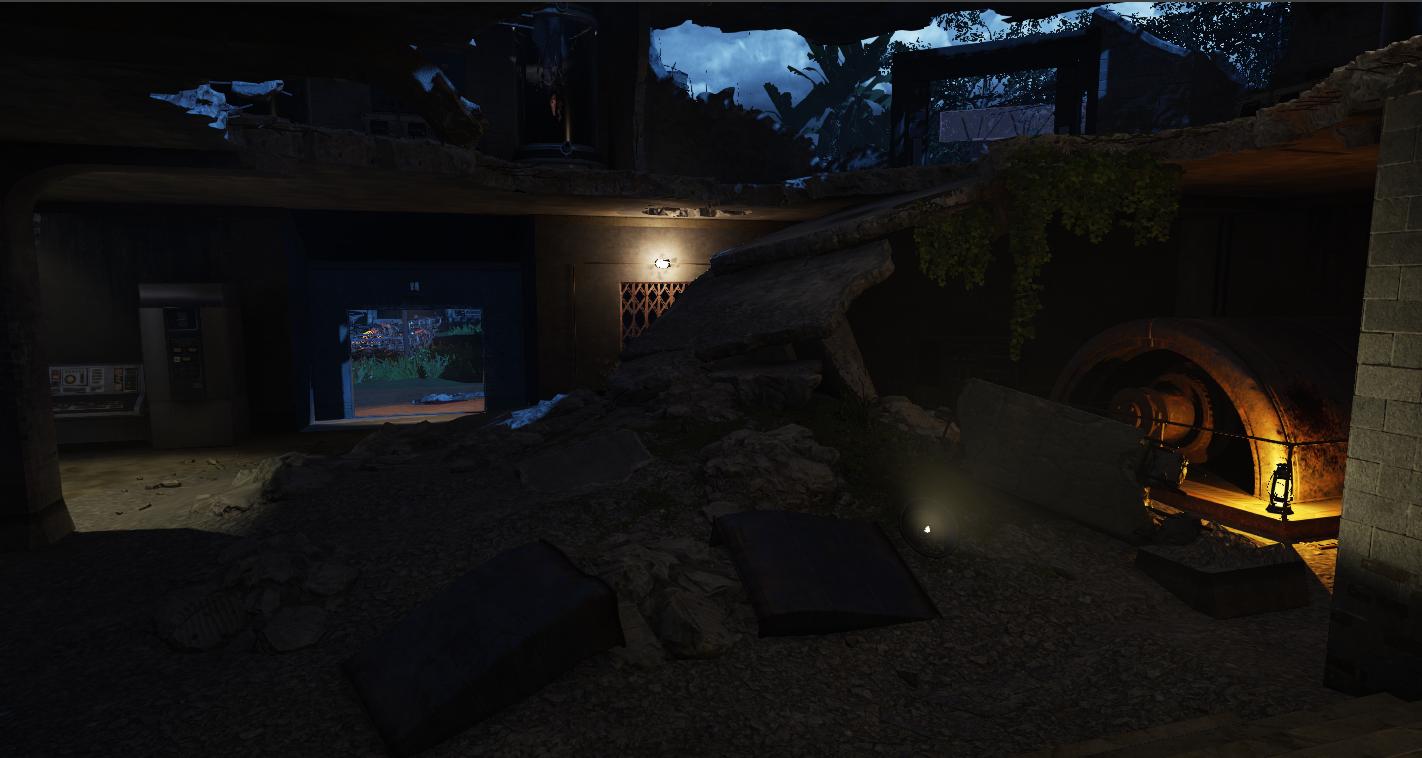 Reply By: ihmiskeho
Weekly Update #2
No pictures today, there's really nothing to show/I don't want to spoil all areas
This week was the first coop-test of the map (I guess you would call it an alpha build). And of course, there were some good and bad things to notice. A pleasant surprise was that we didn't really experience any game-braking script issues. There were no crashes and all features worked relatively well.

There was a game-breaking bug though. For some reason the map has these invisible walls, that block access to many areas. These are weird because there's literally nothing I have placed in radiant in these spots, yet these "walls appear". There doens't appear to be any errors related to this in the compile log either. I have no idea what this issue is, I have never seen anythinglike this. Hopefully it will get sorted though.

The other concern was the map size. Due to the map being so big, especially earlier rounds seemed to go quite slowly. Will improve on this as well.

Next week I will start scripting the boss fight.
I don't want to spoil much, but if you've seen recent updates, you might have already seen mr boss guy

Reply By: ihmiskeho
So much for those weekly updates but the modtools have been a pain the last few weeks. First of all the mapfile broke, so pretty much everything mapping wise is the same as it was 2-3 weeks ago.
Then, APE stopped working and refused to open. But anyways, here are some in-game pics (lighting might look different since I have settings pretty low on BO3, looks better in radiant) 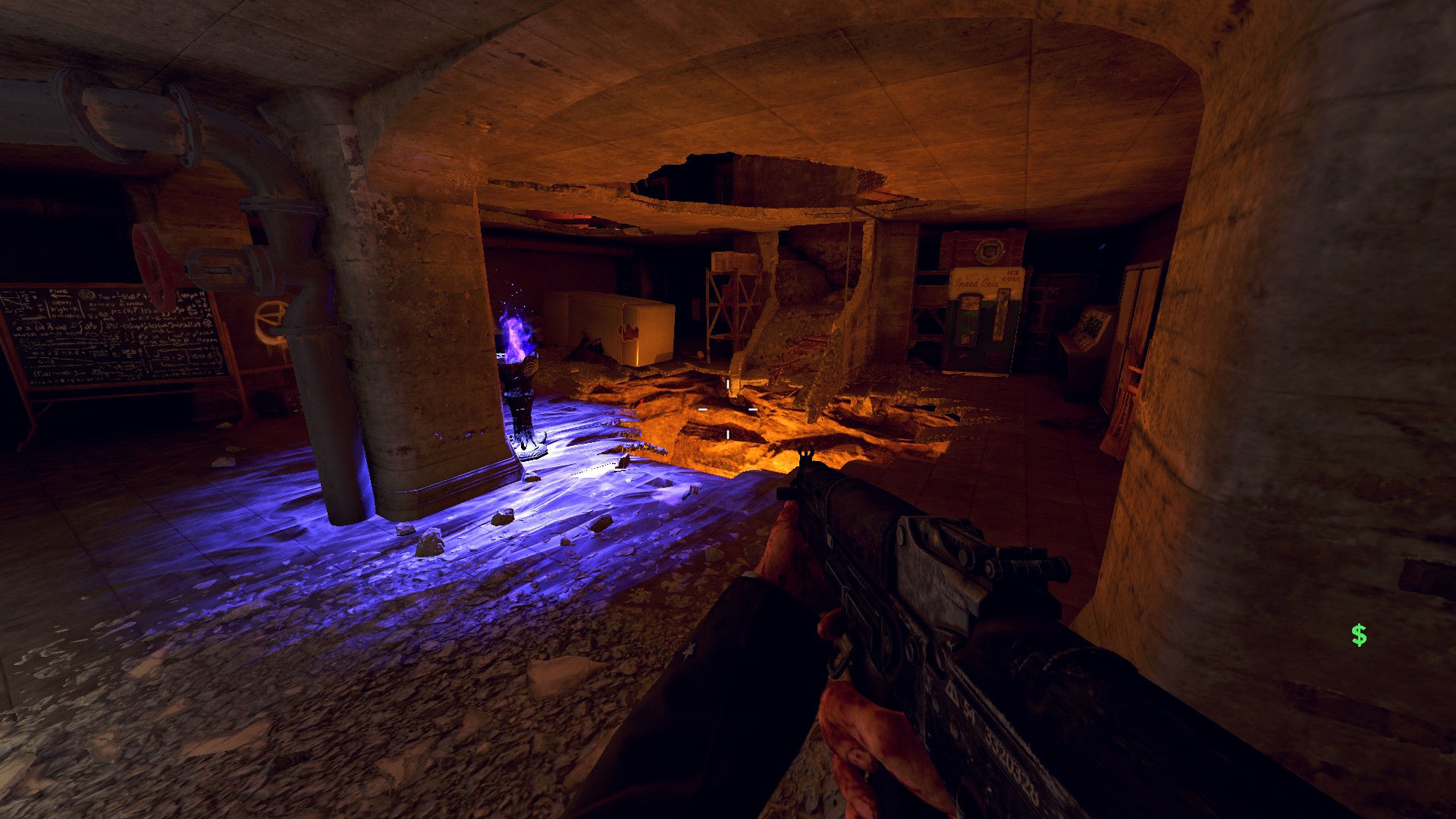 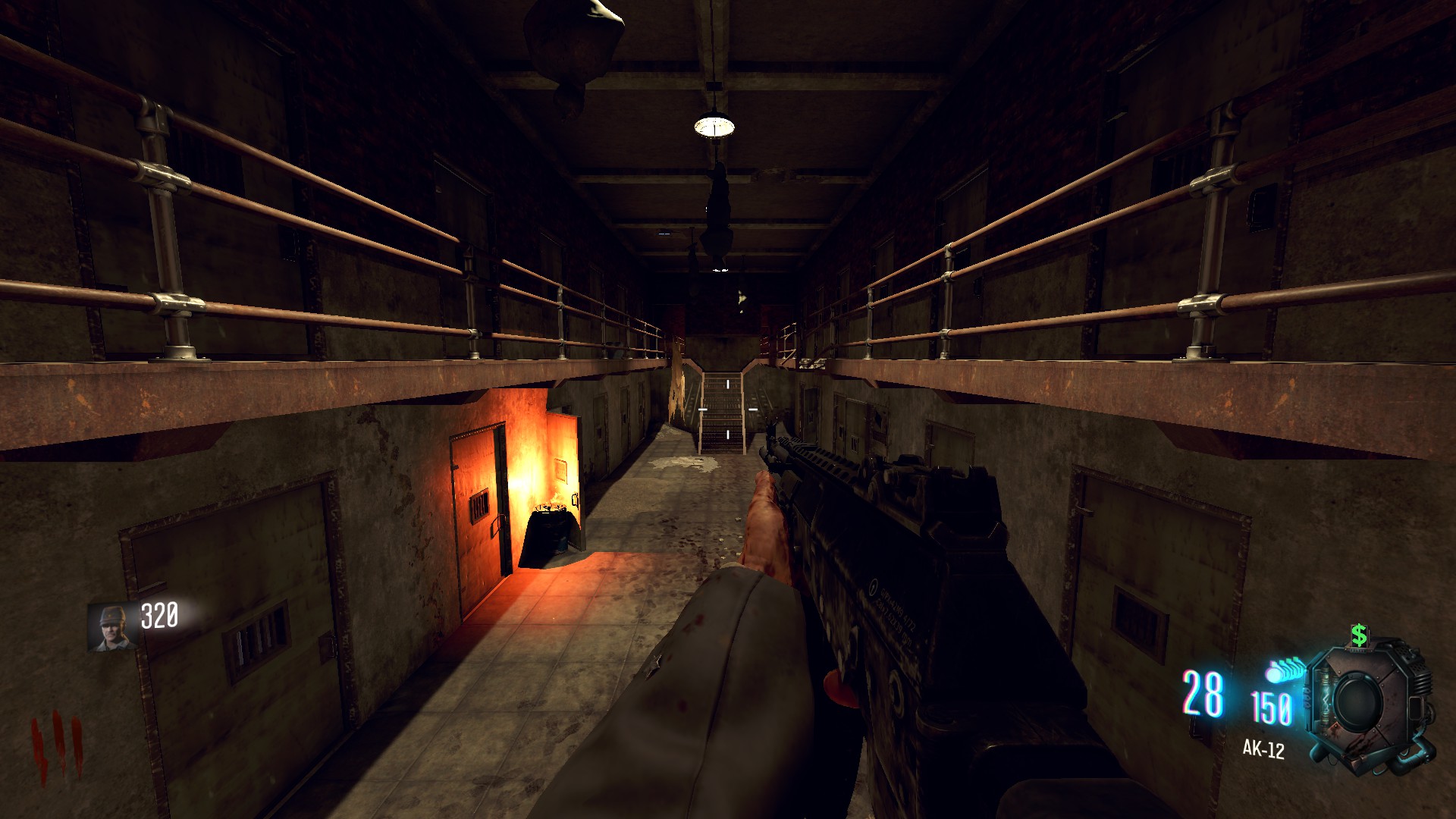 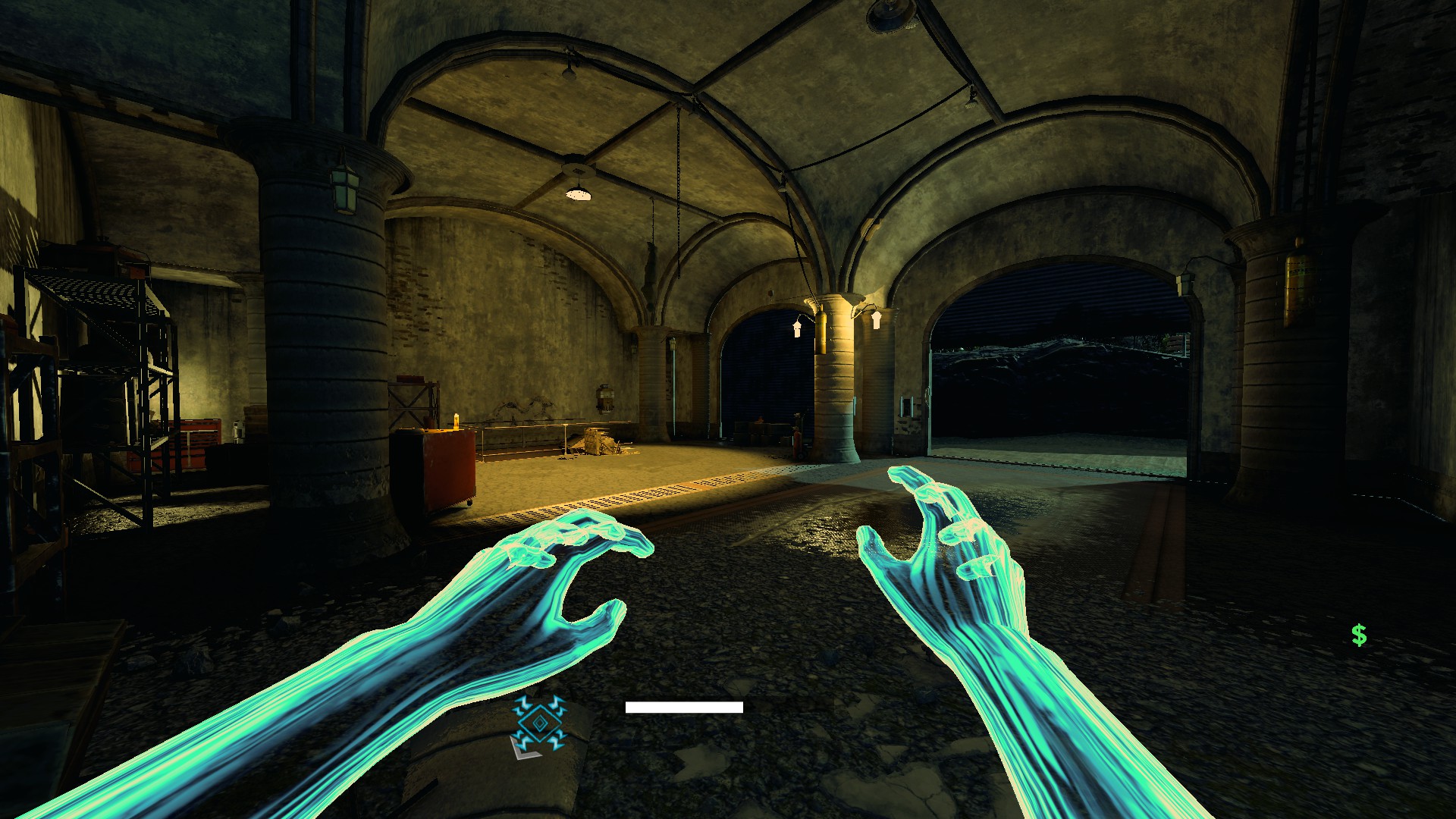 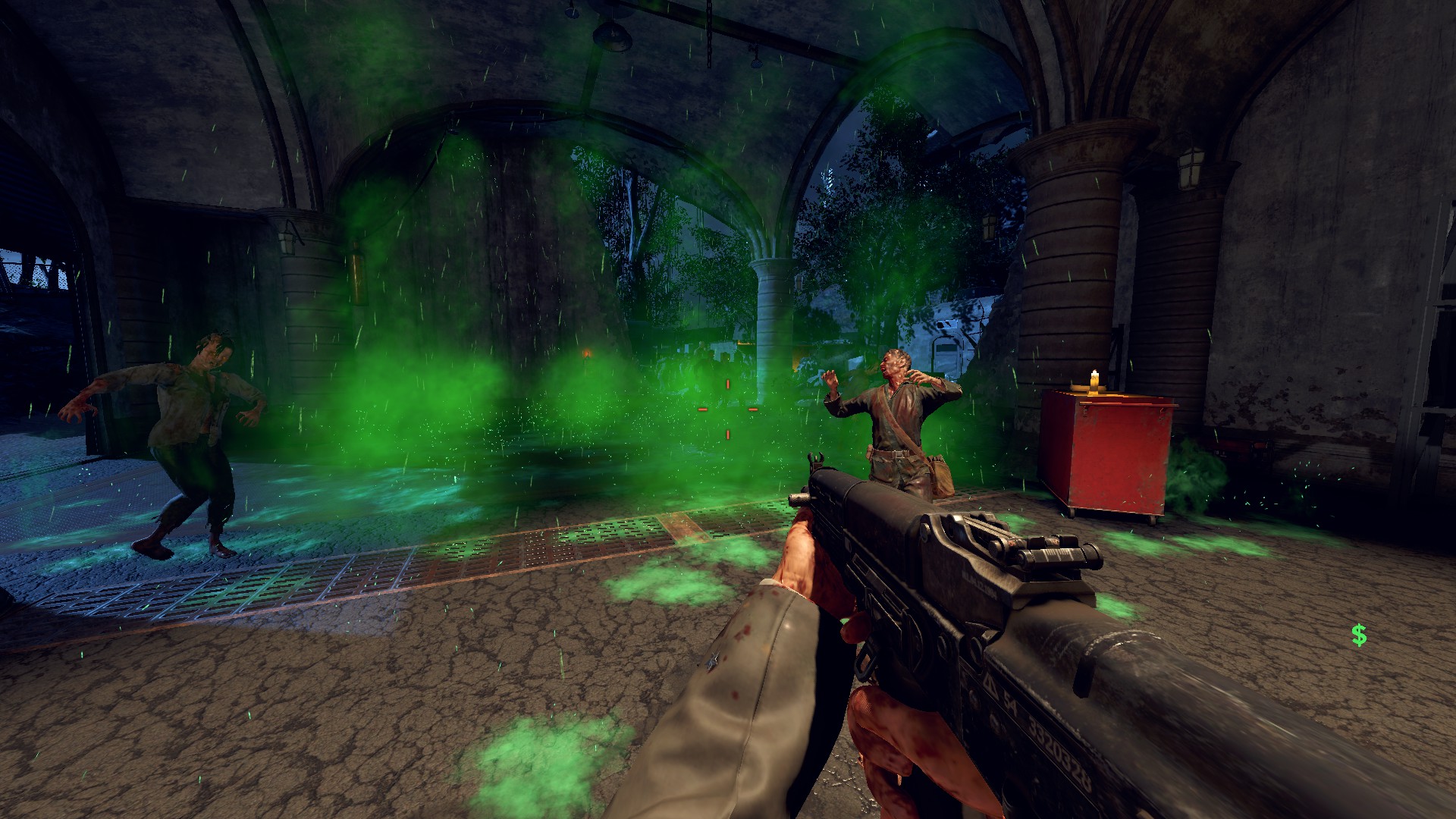 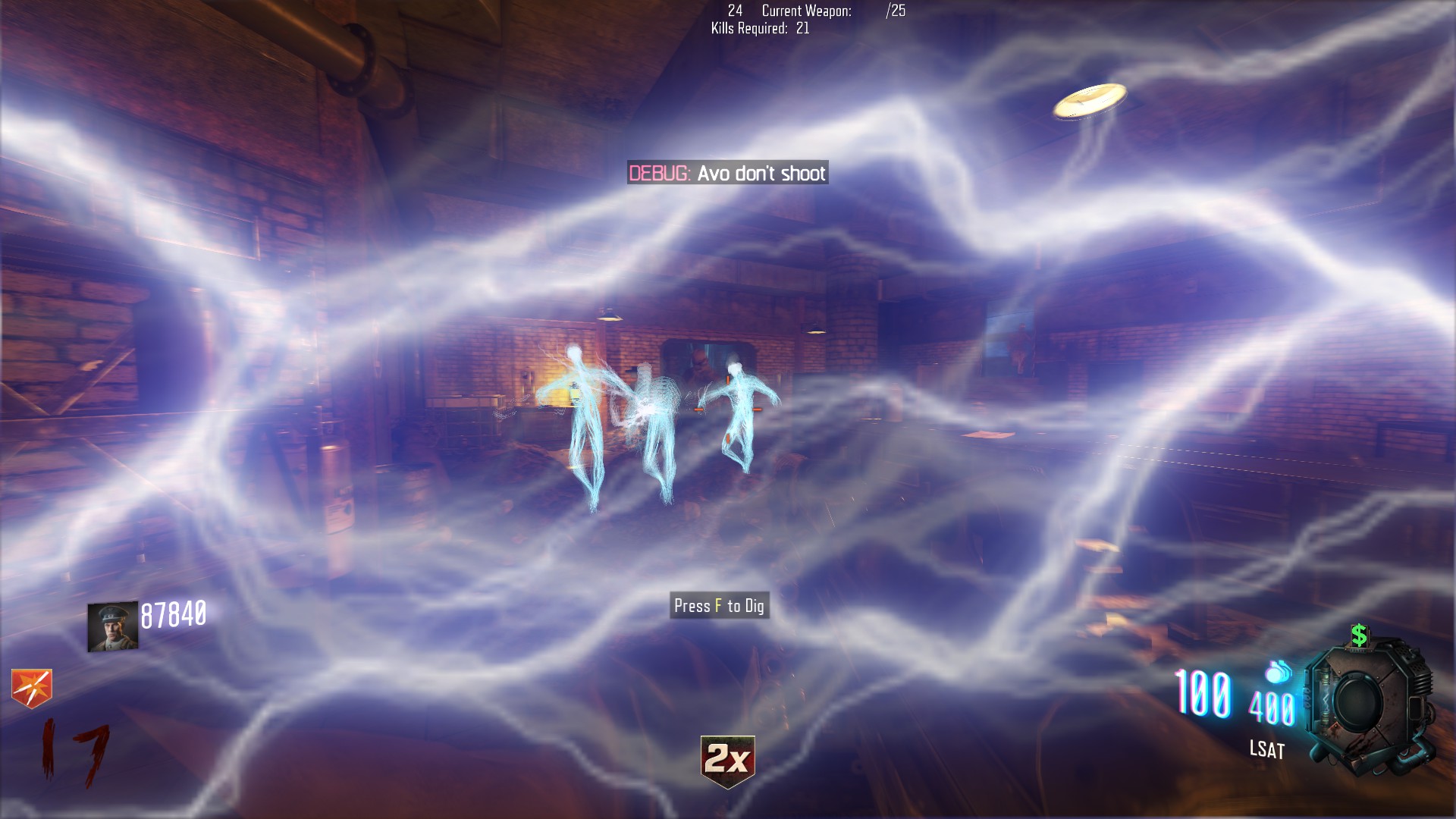 More in-depth info on what has been done since the last update:

Reply By: steviewonder87
Nice to see people are still making maps for WAW