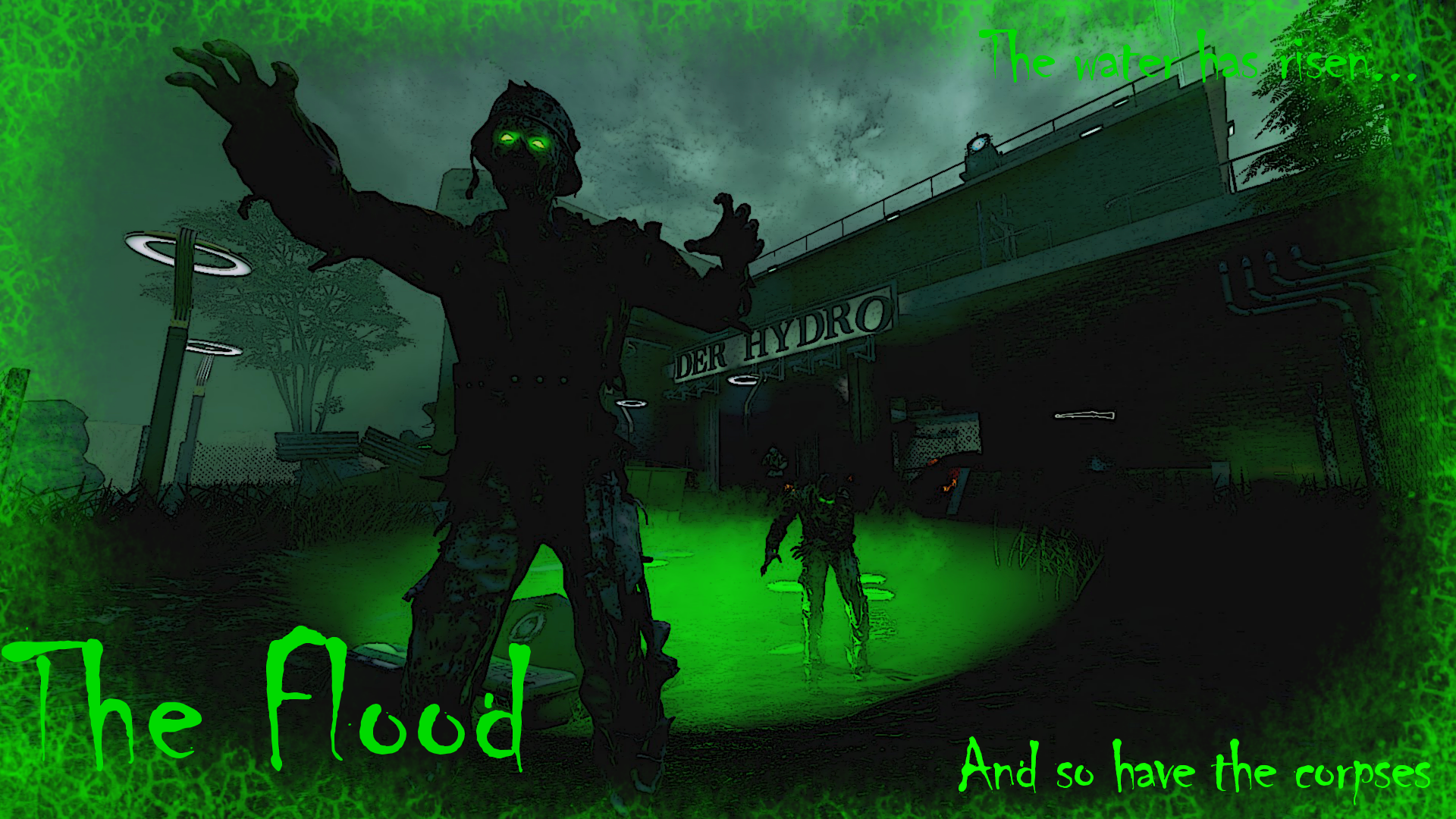 <h1>Story</h1>
Your mission is to find the source of the mysterious rising water levels in this hydro-oriented research facility, along with the rising dead problem as well. Where may this facility be you ask? It was built on an island in a former volcano, but it has been a lake filled with water ever since the rockets from the moon hit earth and the weather went all outta whack. Animals and plants appeared on the island and were not affected by the exposure the 115. Der Hydro, a water research group that formed after the world went to hell, hoping to find a cure through H2O, had obviously taken interest in this discovery and decided to build the facility. However, a greater entity resides within the volcano and is angered by the tampering of the ecosystem that it had just initiated. A roar came from the volcano and in that instance, there was green fog rolling in and the undead rose from the waters. You must find a way to the volcano spirit, and drain the infection from this land so that humanity may find a way to help themselves.

If you like what you see (or not), let me know!