Could not find zone error

So, a couple of days ago I encounter an error in map that is compiling as normal, but the map doesn't start.
Today I enter from the console as dev and this message appear... 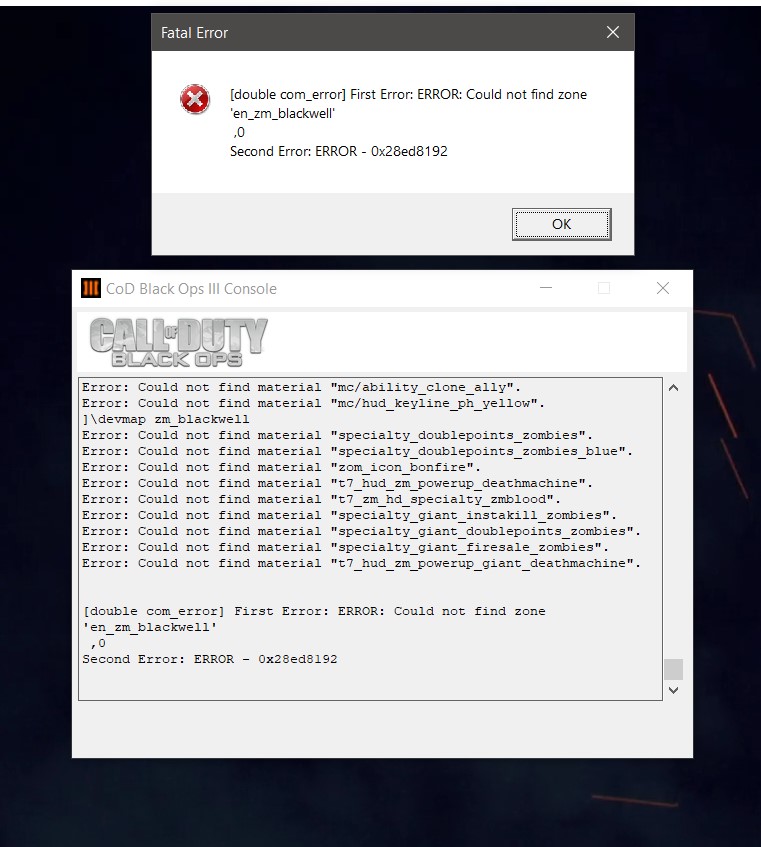 So I check the folders if my zone file or the "en_blackwell" exists and it's all there... 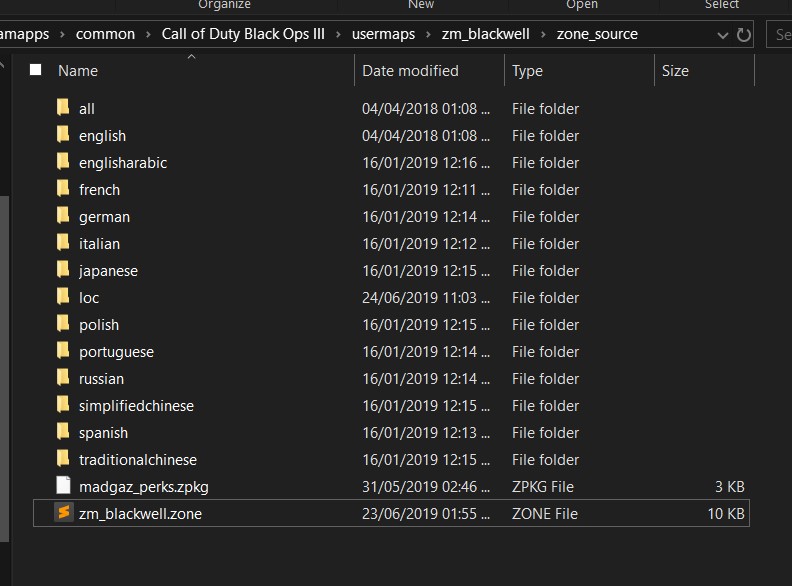 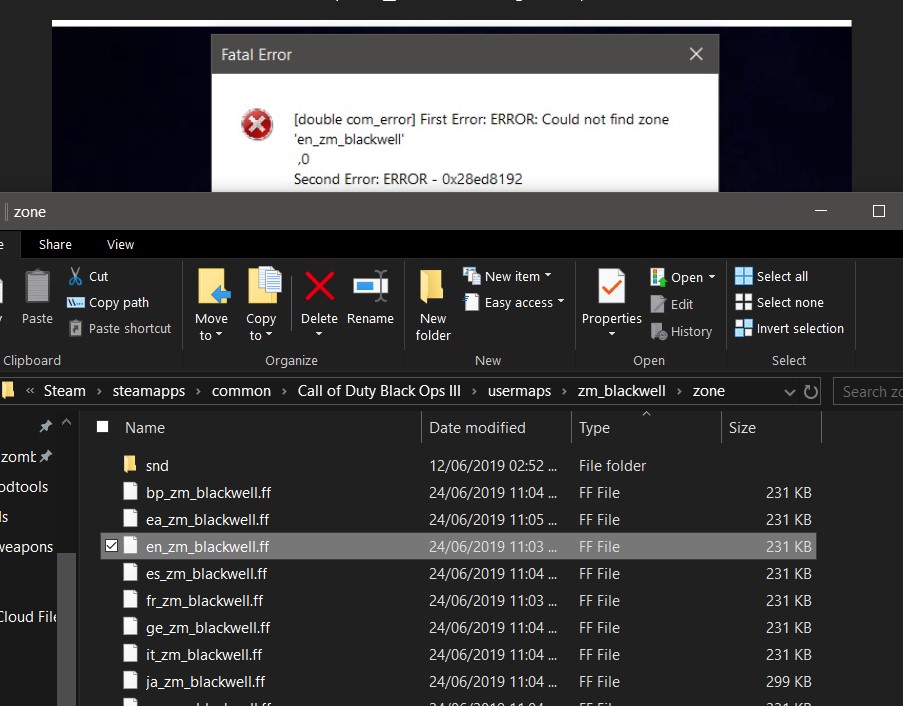 If anyone know something about it I would really, like really appreciated :(
I already try rollback and all that but the map keeps the same

The way I "fix" was making a new map and copy all the stuffs from the all one to this new one
But I try everything else and nothing works :(
But if make a new map doesn't work, I don't know what could be :(

well there is 1 thing left to do.,: deleting the bo3 game + modtools and reinstalling it

well there is 1 thing left to do.,: deleting the bo3 game + modtools and reinstalling it

Yeah
I didn't try that cuz I don't want to lose any file, but you can try it, maybe will work

Yeah
I didn't try that cuz I don't want to lose any file, but you can try it, maybe will work

Im currently downloading bo3 again, i’ll download the mod tools after the installation is finished. I know what caused it but i dont know how to fix it so this is actually a good thing. Since i can now start making videos on how to prevent this error and some others maybe even start a series since no one does it anymore.

Have you tried making a new empty map and compiling/linking that? Language set to english?
If you nuked the mod tools before doing atleast this you need to rething your choices

I know i where the error started and deleted it but it just wouldn't work., i installed harry's perks with lui and that messed it up so badly that even my backups didn't work, but i think that the lui messed it up mainly because the mod tools was effected and the only thing i installed was lui in the bin folder., anyways i deleted the game + mod tools and it works now :)